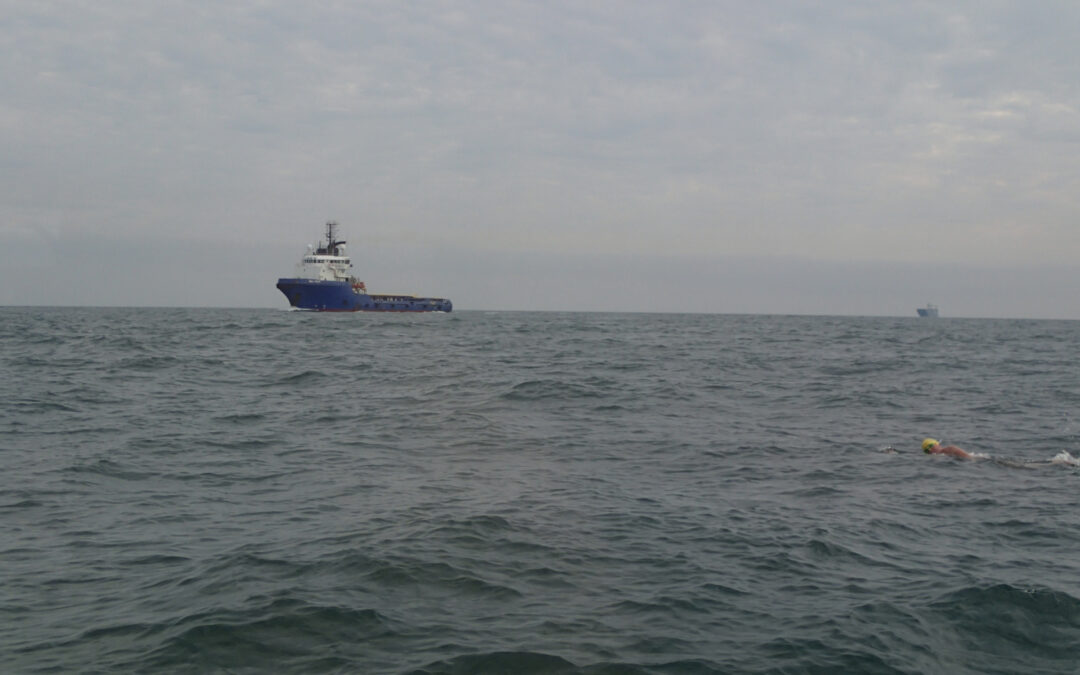 Don’t lie.  We’ve been told that since we were kids.  But what if I told you there were a few good lies? Lies you could tell yourself, that don’t harm anyone, but are simply “Motivating lies”.

I’ve been telling myself I’m a Navy SEAL for about 6 years now.  It all happened by accident, really. I had just swum the D-Day beaches in Normandy, and I can’t even begin to tell you how powerful that was.  It was a beautiful summer day, the sun was glistening off the water, and the beaches were magnificent. But that day, despite the beauty, all I could think of was that scene in Saving Private Ryan where the sea was red, from the blood of our infantry. I cried as I swam… salt water into salt water… no one knew, but it was a powerful moment for me.  I picked up a rock from the shore and carried it home with me, along with all the emotions I felt. To this day, that rock sits on my desk so I’ll never forget.

The following winter, while I was training to swim the English Channel, I was struggling during one of my training swims.  The water was 49 degrees, my pace was starting to slow down, and I felt the early stages of hypothermia coming on: cognitive decline. I wanted to quit.  My friend hollered over to me and said something that sounded like this:

And then I remembered my powerful experience swimming in Normandy.  I thought about those beautiful beaches that were once the site of tremendous bravery.

“YES I am!!”  I said to myself, and I channeled that bravery.

And if I were a Navy SEAL, I would persevere. Navy SEALs don’t quit. That was all the motivation I needed to keep swimming that day.

(Later, in an amusing twist, I found out my friend asked me “How do you feel?” She did not say “You’re a Navy SEAL!” No matter, it worked.)

Flash forward a few years… it’s the real thing.  I’m swimming the English Channel.  This is my moment. I’ve been training for this for years, and now I’ve got one opportunity, one shot… it’s make it or break it.

It was just before midnight, pitch black, I can’t see anything… the winds have picked up and the currents are swift.  I’m getting tossed around by the waves from all directions, and at the same time trying to swat away the jellyfish that I can feel all over me, but I can’t see.  This is all normal.  I’ve trained for this.

But then something unexpected happened: My mind went into “self-sabotage mode.” Some of you may be familiar with this. You’ve prepared for, say a big presentation… you’ve got your slides, your handouts… you’ve figured out everything you want to say… but then BAM! Your brain says: “What are you doing here?” and then your heart rate increases… and all that preparation seems worthless.

That’s basically what happened to me at sea. I suddenly realized where I was.  I was in the most treacherous part of the Channel. It’s that mile or so just off the coast of France, and it has a name.  It’s called “The Swimmers Cemetery”.  So my mind has a field day with this.  Swimmers Cemetery.  Swimmers Cemetery. I AM GOING TO DIE OUT HERE!!  My heart rate increases and I start to panic.  I have read the obituaries… heart attacks… some of them younger than me.

But wait! I’m a Navy SEAL, and Navy SEAL’s do not panic. They control their mind. And that’s exactly what I did with that one little lie.  It’s worked before, it will work again.  I repeated this phrase “I’m a Navy SEAL” over and over, until I was able to slow my breathing down and calm my racing mind.

I was then able to direct my mind away from “self” and onto “mission”. This is what I call “Mission-Driven Success”.  It was my mission to battle the waves, and so I did.  There’s fascinating research around this, but I’ll summarize: When we think about “self”, our minds can spiral. But when we direct our minds towards a larger purpose or mission, it gives us the strength to succeed. The task at hand becomes bigger than self, and that’s important.  (In fact, I was raising money for the Navy SEAL Foundation that year, so my mission became even more important. It’s all connected!)

The mind is a powerful force that can wander off into dangerous territory and pull us into fear. But the ability to move out of fear and into resilience and growth is achievable through careful mindset training. Reach out if you want to hear more. The power of the mind is boundless. Since that swim, I have now incorporated mindset training into many of my programs and it has helped countless executives push the limits of their comfort zone.